Calling all Stones and Beatles fans! This is an event you CANNOT miss!

LEGENDS: an exclusive collection of contemporary art from some of the most influence figures in the worlds of art, music and popular culture.

This exhibition brings together art that has a place in history. From unique hand drawn and hand coloured originals celluloids taken from an artistic collaboration between John Lennon and Stephen Verona for The Beatles’music video ‘I Feel Fine’ in 1964, to original works of art, hand-written song lyrics and hand-painted guitars from Ronnie Wood’s Raw Instinct collection that provide a unique insight into his world.

Also featuring work by John Pasche, who famously designed The Rolling Stones Tongue and Lip logo in 1971 which was produced for The Sticky Fingers Album, and has subsequently been voted the most recognisable music band logo worldwide. 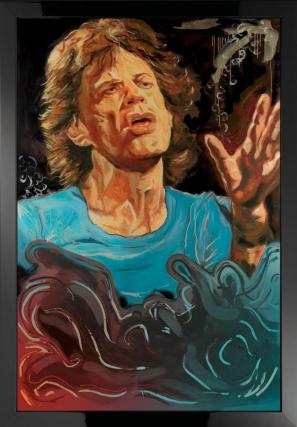 Michael Donald’s photography, which having previously been exhibited at The National Portrait Gallery, is a worthy qualifier for this star-studded line-up. His portraits of Mick Jagger, Ronnie Wood, Keith Richards and Charlie Watts are both strikingly executed and endearingly demystifying; they penetrate the band’s otherwise impenetrable demi-god veneer.

We look forward to seeing you!

Castle Fine Art has now been established in Edinburgh for 2 years and in that time we have found many new homes for our beloved artwork.

What we want to do now is discover what the wonderful people of Edinburgh, our current and future clients, want us to do for YOU!

So get clicking, vote, and let your voice be heard!

You are invited to:

From Saturday 12th April the new Bob Dylan collection will be hanging in the gallery, so come down and have a peek!

What’s it all about?

In the form of covers from famous magazines such as Sports Illustrated and Rolling Stone, Dylan has taken social, political and pop-culture icons and married them with headlines and images either ripped from other publications or just pulled from the ether. The finished pieces, printed on large silkscreen canvas and silkscreen paper are both absurd and satirical. They take aim at the lofty public figures and celebrities, re-imagining their lives. Also in Dylan’s sights are the magazines themselves, for their covers that encompass dizzying arrays of unrelated subjects and for their lewd and violent imagery, used to catch the eye.

Revisionist Art looks to re-evaluate and re-contextualise things that we have known and maybe take for granted. It can satirise, it can parody, and it can also seek truths that were missed or even hidden the first time around. It aims to shed a light in the face of passive acceptance and make the audience pause and think again. 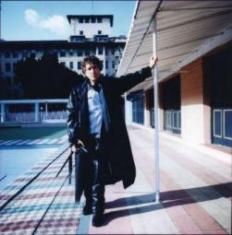 Does this spark your interest?

If the answer is ‘YES!‘ then come down to Castle Fine Art Edinburgh and enjoy a nice little tipple of something as you ponder Dylan’s new creations!

We look forward to seeing you!